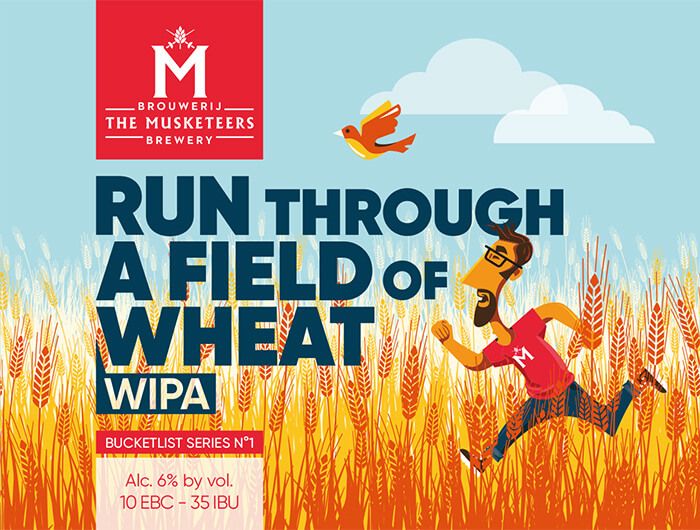 The Belgian brewery The Musketeers is launching a brand new range in its range in the run-up to the opening of its new brewery in Waasland at the end of 2018.

The brewers of The Musketeers Brewery like to challenge themselves. They love high-quality beers that make people talk. Awaiting the opening of the new brewery in Sint-Gillis-Waas, The Musketeers presents a brand new series in its range. The Bucketlist Series is a series of beers that are strikingly different: limited in editions, crafty in taste and at the same time very well conceived, as you are used to of The Musketeers. The series forms the personal bucket list of the brewers, which will treat the beerlover with a surprising taste experience.

“What’s the naughtiest thing you ever did?”. A journalist from ITV News asked British Prime Minister Theresa May that question. She was somewhat surprised by this question, but answered spontaneously that as a child she was walking through the wheat fields and that the farmers were not too happy about it.

This statement was the inspiration for the name of the first Bucket List beer from Brewery The Musketeers. “The names of the beers from the Bucket List Series refer to wishes that people have on their personal wish list. Walking like crazy through a wheat field is something that is typical: it gives you a feeling of freedom, but at the same time you are hunted because it is a bit naughty, ”says brewer Stefaan Soetemans.

Run Through A Field Of Wheat is a hoppy wheat IPA. The beer is slightly cloudy, pale blond and has an alcohol percentage of 6%. The typical full taste of wheat beers is combined with a mild bitterness of 35 IBU. The aroma is spicy / hoppy due to the combination of the typical wheat flavour and the floral citrus character of the hops that are used.

"We are always into something hoppy, preferably in an unexpected combination. Run Through A Field Of Wheat makes that original link: floral and citrus-like, and at the same time also the wheat that is strongly present."